Unless there is a gigantic “NEW!” or similar claim, I don’t usually get too emotionally invested in cereal boxes.  Sure, sometimes they are depressing, like when the drawings of Lucky the Lephrachaun get a little too realistic, or when the vibe of a “budget” cereal is just a little too sad.

But other than that, for the most part, whatever you want to throw at me on the front of the box is fine.

I’ve long spoken of Honey Nut Cheerios as a cereal that doesn’t get enough respect, especially from me.  It’s a very good cereal that, for some reason, has an overwhelming aura of boringness to it.  I’ve done a better job of powering through my irrational prejudices against it, and making it part of my regular rotation.  But now, they are really testing my newfound loyalty.

The new Honey Nut Cheerios box is an abomination.

By now, I’m sure you’ve seen the commercials set to Nelly’s “Ride Wit Me”, oh so cleverly re-imagined as “Must Be the Honey”.  It’s the sort of parody song that Weird Al would crank out in a few seconds, should he ever develop an addiction to cocaine that destroyed his existing finances.

You know when you’re talking to someone, and ten minutes after the conversation ends you think of a really funny reply?  And you’re just angry at yourself, knowing the chance has passed and you will never get to use it?  That’s what this should have been.  When the song was relevant, “Must Be the Honey” could have been a moderately clever jingle, for the month or so we would have put up with it.

But thirteen years after the fact?  I’m sorry, General Mills – you’ve got to let that idea fade into the ether.

Small favors, I suppose – they give you some good news on the front of the box – it’s “Limited Edition”.  Not limited enough, unfortunately, that it didn’t reach my supermarket.

Even Buzz Bee’s redesign makes him look like a jerk.  Here he is, on the box of Medley Crunch: 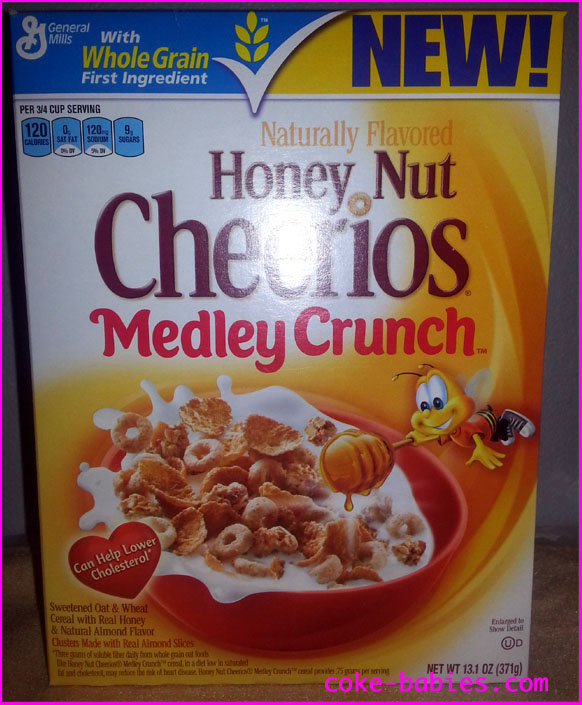 The awfulness continues, and actually grows, on the back of the box. 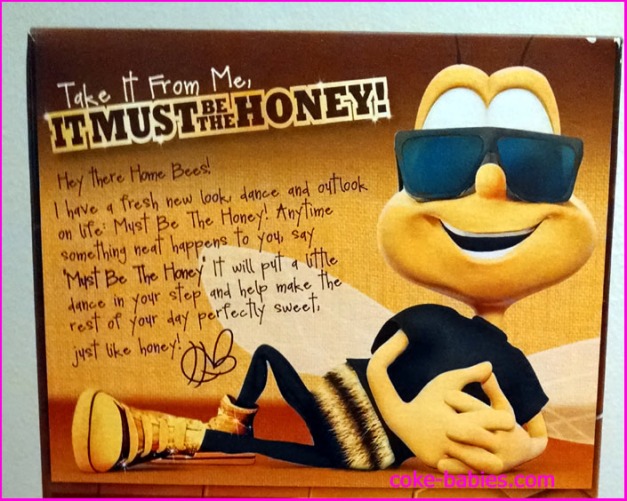 First, he addresses us as “Home Bees” – bad start.  Regarding his signature, at first I thought it was an amalgamation of a drawing of a bee and his initials, since the wings look like the “B” in “Bee”.  But since his first name is Buzz, and I couldn’t find the first “B”, I think his signature is literally a drawing of himself.

For that, I have to give him credit – that’s awesome.  I’m tempted to just put a little stick figure man on my credit card signature line, and sign all my legal documents that way.  So, fair’s fair and give credit where credit’s due and all that.  Well done, Buzz.

Back to the terribleness.  Although I’m feeling a bit of fatigue from this box, so we’ll wrap this up.

What I don’t get is, why did Buzz Bee decide that he wanted to adopt the persona of Kenny Fisher from “Can’t Hardly Wait”?  Although I can’t decide if Buzz Bee Tweeting “Why ya’ll gotta waste my honey flava? #mustbethehoney #loveburger4eva” would annoy me or make me proud.  I think the latter.

After successfully avoiding using Twitter for however long it’s existed, I had to create an account, if only to tweet this, in response to General Mills’s request that I share my “Must Be the Honey” moments:

Listen, Buzz, or General Mills – whoever reads this – stop this.  Right now.  Honey Nut Cheerios is an awesome cereal.  But it isn’t, and never will be, a cool cereal.  It’s a cereal that people don’t have for a while, then go, “Oh, 2 for $5?  I guess I’ll grab a box.”  Then they enjoy the boxes, and next time they’re at the store, they remember this and buy more.  Then they forget.  Repeat pattern.

Bring back Buzz’s Chucks, clean up his act, make him pull up his pants / fuzzy crotch, and cut this crap out.