Despite the fact that it would have probably made more sense to be released a decade ago, Spongebob Squarepants now has a cereal.

I’m not on the cutting edge of cartoons, despite my love of all things juvenile.  So maybe he’s still super relevant, I don’t know.  I apologize for my lack of knowledge on the subject, despite having my picture taken with him over ten years ago (back, apparently, when I thought 250×188 was the wave of the resolution future).

The box is “movie tie-in” sized, where it looks and feels like you’ll be lucky to get two decent-sized bowls out of the entire box.  On the plus side, these little boxes always make me feel big and powerful, so I’m willing to make the sacrifice.

As far as the box itself goes, it’s kind of ugly.  The blue is this weird shade, where it’s not teal enough to be teal, not seafoam-y enough to be seafoam – it’s just an assortment of unattractive green and blue shades.

I also thought Spongebob was supposed to be more of a bright yellow. This Spongebob looks like a sponge that you’ve been using for a couple of weeks to do the dishes.  Not heavy loads of pots and pans and dried-marinara-covered plates – just a reasonable amount of light dish duty.  But still… used. 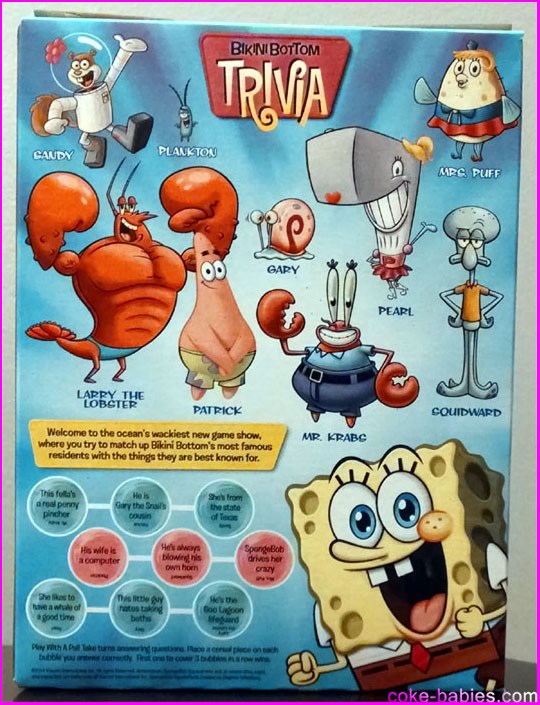 I don’t know much about any of these characters.  Let’s move on.

Since it’s a fun, cartoon-themed cereal, I was looking forward to some good old fashioned sugary cereal.  What I got was… not so much that. 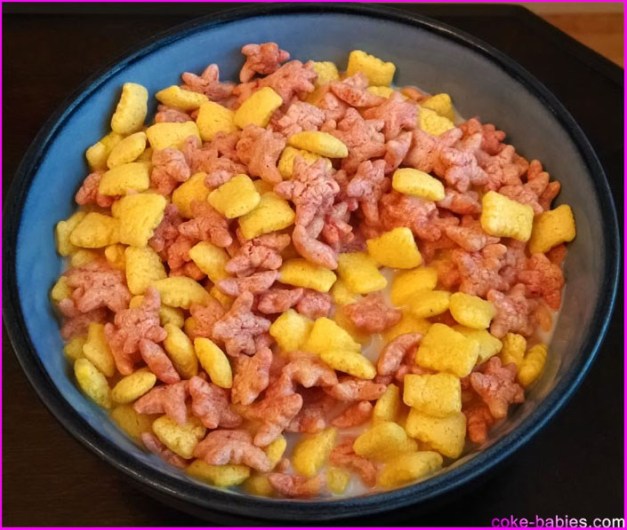 Visually, the cereal looks terrible.  The colors are washed out – the reds look almost flesh-colored, and the yellow looks like hay.

Taste-wise isn’t much better.  There’s a very vague fruit flavor, but it is like the equivalent of getting a fountain soda when the syrup is almost empty.  The flavor is there, but it’s clearly not right.

It’s not even “lightly sweetened”, like Kix.  It just tastes like almost nothing.  Not fruity, not sweet, not cereal piece-y.  Just… nothing.

Maybe this cereal is ten years old, and I just found an old stash on the shelf.  That would certainly explain a lot.