Following The Girl Scouts’ recent foray into the cereal game, we also now see another company with strong cookie-credentials putting a cereal out to market.

Keebler has tried its hand in the past at cereal.  About ten years ago, Cookie Crunch was a cereal that combined Fudge Stripes and chocolate chip cookies, and ingeniously removed all the things you like about those cookies. 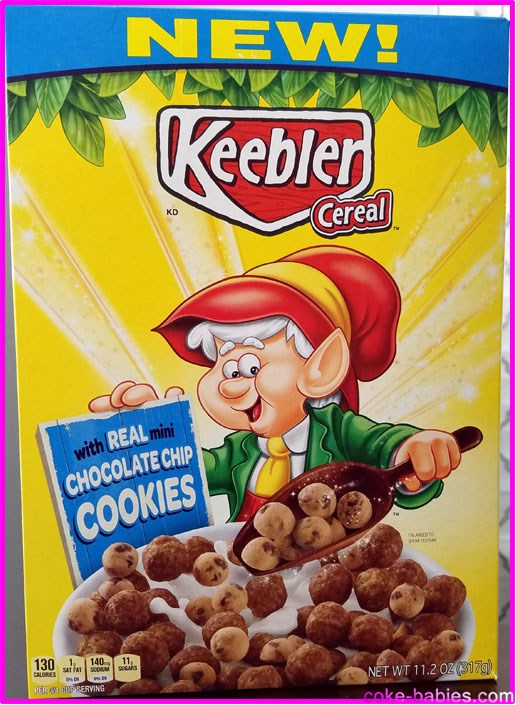 Trying again, Keebler isn’t messing around this time.  It’s not a Kellogg’s branded Keebler cereal, with a catchy “Cookie Crunch”-esque name.  Instead, this cereal is just straight-up “Keebler Cereal”.  No Kellogg’s supporting act on the box.  This is Keebler’s self-titled album of cereals.

Wisely avoiding putting out yet another Chocolate Frosted Sugar Bombs type of “ball” cereal, Keebler spruced things up with mini chocolate chip cookies.  Whether that will be a good thing or a bad thing, we will see.

A rare “contents may have settled” warning on a cereal box.

The cereal holds up to its box-claimed aesthetics.  You’ve got your bog standard cereal balls.  But the little cookie pieces actually do a good job of looking like little cookies. 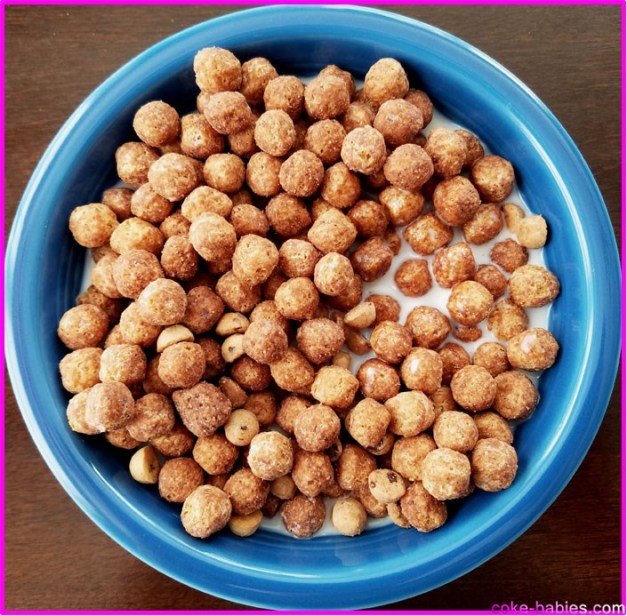 Tasting like little cookies, on the other hand… eh.  Keebler wouldn’t want to package these up to sell in the cookie aisle, that’s for sure.  But when translating an actual product to a cereal piece, you’ve got to grade on a curve.

As for the cereal’s flavor – it’s quite good.  The chocolate maybe isn’t as strong as I’d like, and the cookies get a little lost in the mix when eaten with the bigger cereal pieces.

The milk is adequately chocolate-ified, and it leaves some of those little chocolate chips in the milk, which is a nice bonus.

Keebler Cereal is kind of a weird case.  It doesn’t do one thing particularly great.  The chocolate could be stronger, the pieces could be more distinct, it could taste a little more like cookies.  But at the same time, I found myself really enjoying it.  I killed the box in a few days, and it’ll be one I will buy again.