Apparently, someone finally thought, “Wait, so why haven’t we done this yet?” 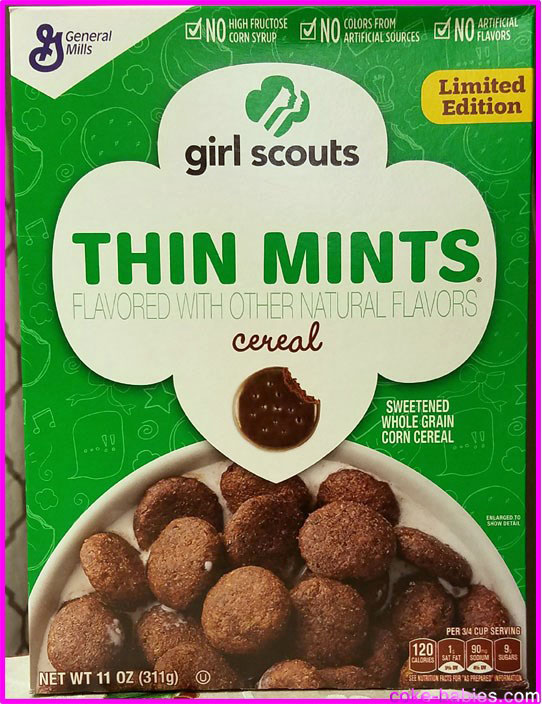 In the least shocking news ever, Thin Mints is one of the two varieties.  Seeing it, I figured it had to be good, because, well… Thin Mints.  But then I was trying to think if there had ever been a cereal that was minty.  I can’t think of any.

A mint-flavored cereal, upon second thought, was slightly disconcerting.  Given that lots of people eat breakfast cereal at breakfast (which I find to be an incredibly overrated time to eat it), will it give flashbacks to when you just brushed your teeth moments earlier?

And if you are one of those people that lives in cereal commercials or in a magazine ad – and have that bizarre setup of having a glass of milk and a glass of orange juice on the table – will you get that horrifying “Drinking orange juice right after brushing your teeth” flavor?

My excitement over Thin Mints cereal was tempered a bit due to these fears.  But I was still going to press on to discover the truth.

The cereal’s packaging doesn’t mess around, which is a good idea.  Its near wall of green instantly says, “HEY!  THIN MINTS OVER HERE!  COME HERE YOU SLOB AND GET YOUR THIN MINTS!”  But with a bit more subtlety.

As for the flavor?  It’s really good.  The toothpaste fears were not necessary, since it is balanced out by the chocolate.  I know the mint flavor is important to Thin Mints, since they’re called Thin Mints, but I had almost expected them to shy away from the mint a bit and let chocolate run the show.  I figured that flavor balance would be easier to pull off in a cereal.  But they managed to replicate the cookie’s flavor remarkably well.

The milk didn’t get as flavored as I’d like, but the cereal still leaked a bit into it to give it some decent flavor. 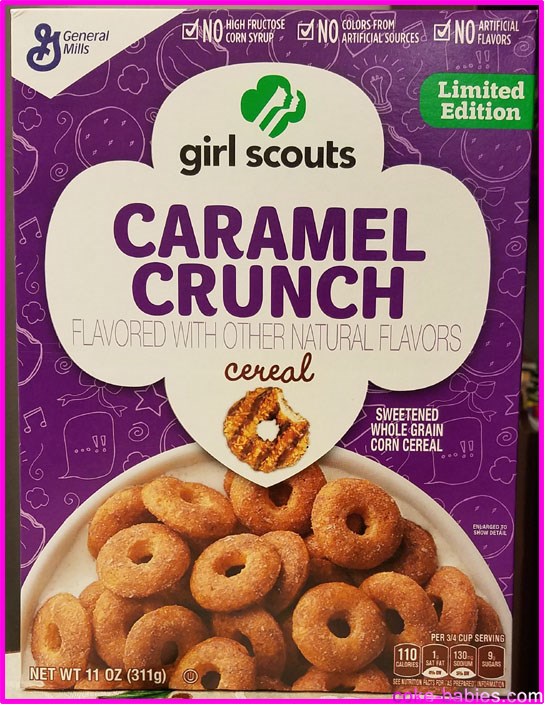 The second of the two cookie cereals is Samoas.  I assume this is the second most popular flavor, which makes it a good sidekick to Thin Mints.  And also… wait, what the hell?  “Caramel Crunch”?  What is this?

There is a picture of a Samoa right there, so obviously the Girl Scouts aren’t trying to pull a fast one and just give us some random caramel cereal.  Why can’t they call it Samoas?

I looked into this, because if there’s one thing my writing is known for, is its exhaustive research, and found out this is a whole big thing.  Turns out, Samoas aren’t even called Samoas all over the country.  Depending on which of the two bakeries the Girl Scouts use, they are either called Samoas or Caramel deLites.

A few thoughts on this:

1) Caramel deLites is a horrible name.  What is with that formatting?  It looks like some Snackwells nonsense.

2) I still have no idea why they’re called Samoas.

So presumably, Girl Scouts had to come up with a compromise for the cereal name, since naming it after only one cookie would piss off the other bakery.  And the Girl Scouts don’t want to lose their Diplomacy merit badge.

Based on the picture on the box, with no chocolate on the cereal pieces, or any significant texture to be reminiscent of the coconut pieces, Caramel Crunch looks like it’s meant to be a bowl of little doughnuts.

The initial smell is… fake.  Just a wall of “caramel”.  The cereal itself doesn’t get much better. 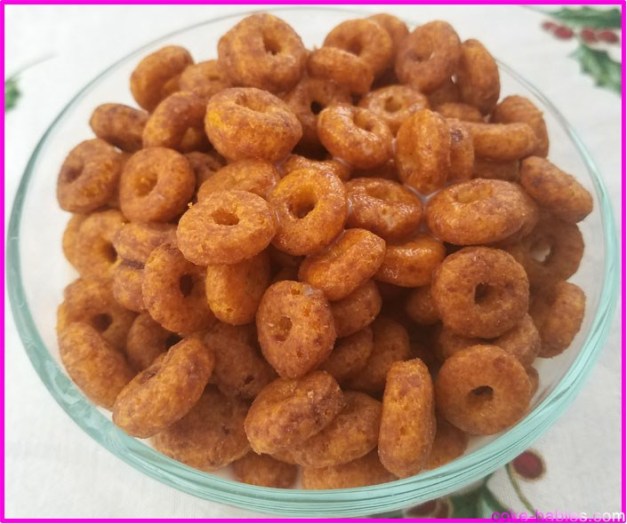 The only flavor you get is caramel.  No coconut, no chocolate, no “cookie” – just caramel.  The first bite or two is fine, though nothing special.  The more you go along, the more it becomes a monotonous journey into the deepest caverns of artificial caramel.

I hadn’t known about the Caramel deLites naming before reading about all that bakery stuff.  So before all of this, if you asked me what Samoas tasted like, I’d have said they were coconut with chocolate.  It wouldn’t even occur to me to talk about the caramel.  I mean, it’s there, but it seems like it’s just there to hold the coconut together.

But apparently, with the cookie’s other name and this cereal’s name and taste, Samoas are supposed to be all about the caramel.  Bleh.  Let me know when they release Chocolate Coconut Crunch.