I touched upon the glory that is Friendly’s Jubilee Roll in my groundbreaking exposé on Walmart’s refusal to make me happy by stocking Wattamelon Rolls.

And while Wattamelon Rolls will always be my one true love, it is important to give Jubilee Rolls their much-deserved due. 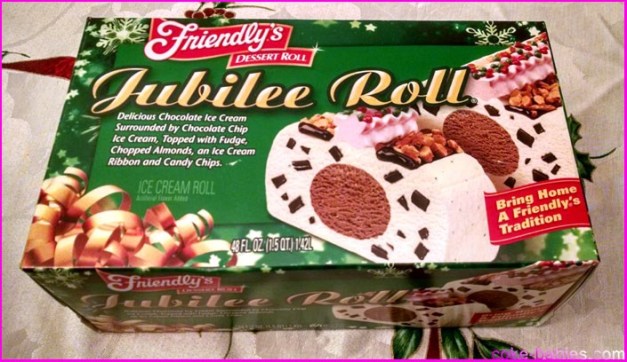 We will ignore the fact that I can’t easily walk into a Friendly’s restaurant, since I live thousands of miles from the nearest one.  If I did live near one, I could go in there whenever I want, and buy a Jubilee Roll for a modest price.  But when I was a kid, this was not something so easily done.  When I was little, Jubilee Rolls were flat-out impressive – they were big, fancy, and looked like they were expensive.

So besides the fact that it tasted awesome, and was directly associated with Christmas, the Jubilee Roll’s reputation had a bit of a royal air to it.

My family ate Jubilee Rolls for dessert on Sundays during Christmas time.  What this did was form an absolute connection between the ice cream and the upcoming holiday.  Every Jubilee Roll brought into the house meant I was one week closer to Christmas.  To a kid, that is some serious power for ice cream to wield.

I won’t go any further into my Christmas memories and the Jubilee Roll connection, because I am well aware that my own personal memories are going to bore most people.  So, on to the good stuff.

I apologize in advance to the good people at Friendly’s, for probably hurting future sales due to my pictures.  My photos always manage to make everything I’m writing about look much worse, often to the point of looking ugly or unappetizing.

Friendly’s really needs to step up its online game, because when I went to look for official pictures, to show you how it should actually look, I found basically nothing.  So eventually, if you Google Image search “Jubilee Roll”, you’re going to find my pictures, and that won’t be good for sales.

The Jubilee Roll is an “ice cream roll”, which is – I don’t know – like an ice cream cake, just shaped more like a Yodel.  I will give them credit, as their phrasing is much more catchy and succinct than mine. 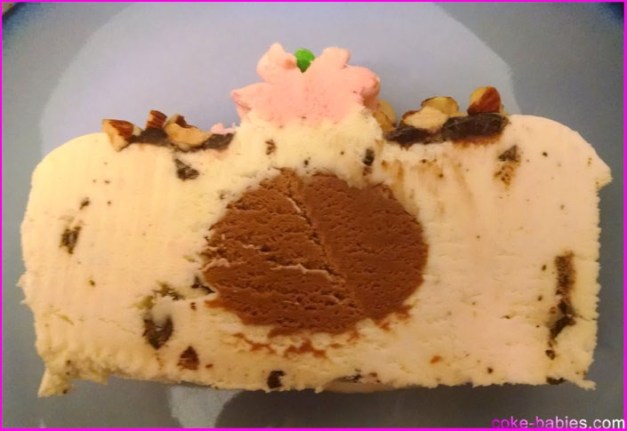 It’s possible that you’re meant to eat a Jubilee Roll in haphazard bites – getting little bits of different flavors and textures, to make each bite different.  If you are eating it like that – stop.  There is a necessary order to eating a Jubilee Roll, and the steps are as follows:

Finally, you are left with the pink part.  You must now pause and appreciate how good your life is at this current moment.  I’ve heard heretics say the pink part is simply vanilla ice cream with some coloring added to it.  There is a special, extra-hot corner of hell for these people.

The pink part is one of the most glorious creations in the world.  It is also the smallest part of a slice of Jubilee Roll, making the joy fleeting, and something that must be truly savored.  It’s a like a metaphor for life, maybe.  I’m not sure how well that lines up, but it almost sounds good.

Once the pink part is eaten, you are, unfortunately, done.  If you are under the age of twelve, or if you are by yourself, you are permitted to lick the plate.

As an added bonus: I have had these pictures in a random directory on my computer for literally fifteen years.  I don’t know why I have them, where they came from, or what I could really do with them, so I will include them here as some informative visual aids. 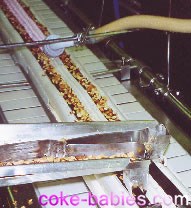 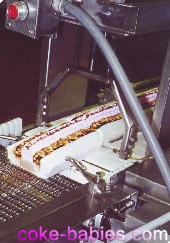